SoFi Stadium and Hollywood Park, the new home of the Los Angeles Rams and Los Angeles Chargers has appointed Pechanga Resort Casino as its newest Founding Partner of the new 70,000-seat stadium and 298-acre development being built by Rams Owner/Chairman E Stanley Kroenke. As a part of the agreement, Pechanga Resort Casino, owned and operated by the Pechanga Band of Luiseño Indians, will be the official California casino partner of the Rams, Chargers, SoFi Stadium and Hollywood Park. It is the first Southern California-headquartered company to announce a sponsorship with SoFi Stadium and Hollywood Park. As a new member of the Inglewood community, Pechanga tribal leadership donated $100,000 to Morningside High School in Inglewood and the Inglewood chapters of non-profits School on Wheels and US Vets. The casino operator will have an extensive presence across the stadium, and when SoFi Stadium opens in July 2020, it will feature select Pechanga-branded spaces, including the Pechanga Founders Club, a 14,000 square-foot premium club space located on field level. The space will be creatively branded throughout, and guests will be up close to all the action happening on the field. Agency has invited Asian Medias, which cover the languages Chinese, Vietnamese, Korean, Filipino, Japanese and Thai to join the General market press conference on December 16, 2019. We focused on inviting the major Asian TV stations to have this event covered. For all other medias, we provided B-Rolls and press release to also help share the news and create some noise. Overall, we had an overwhelming positive feedback in the S.CA Asian Market. 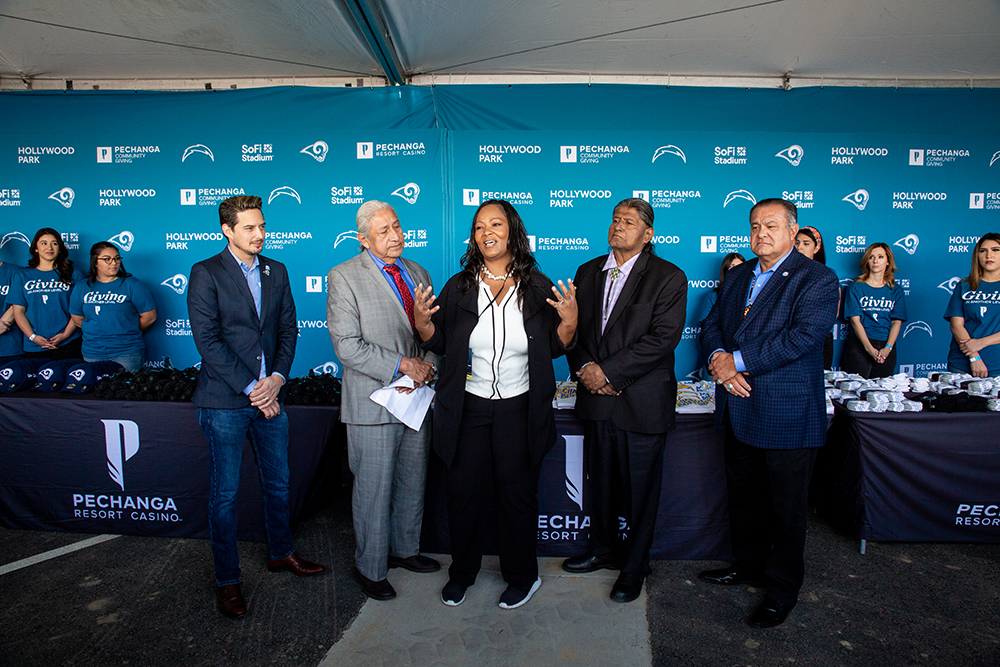 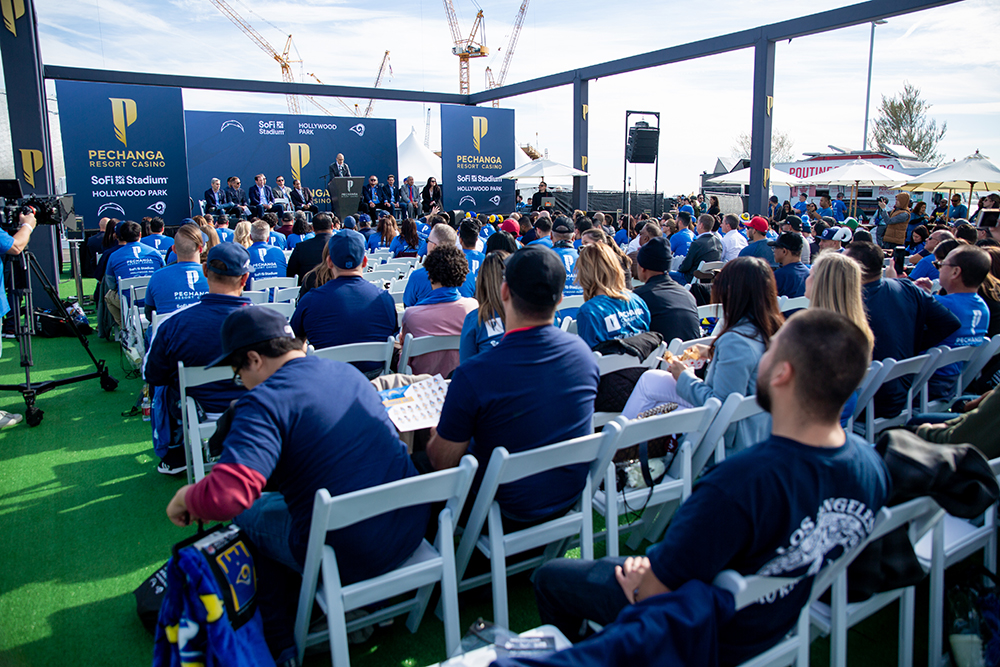 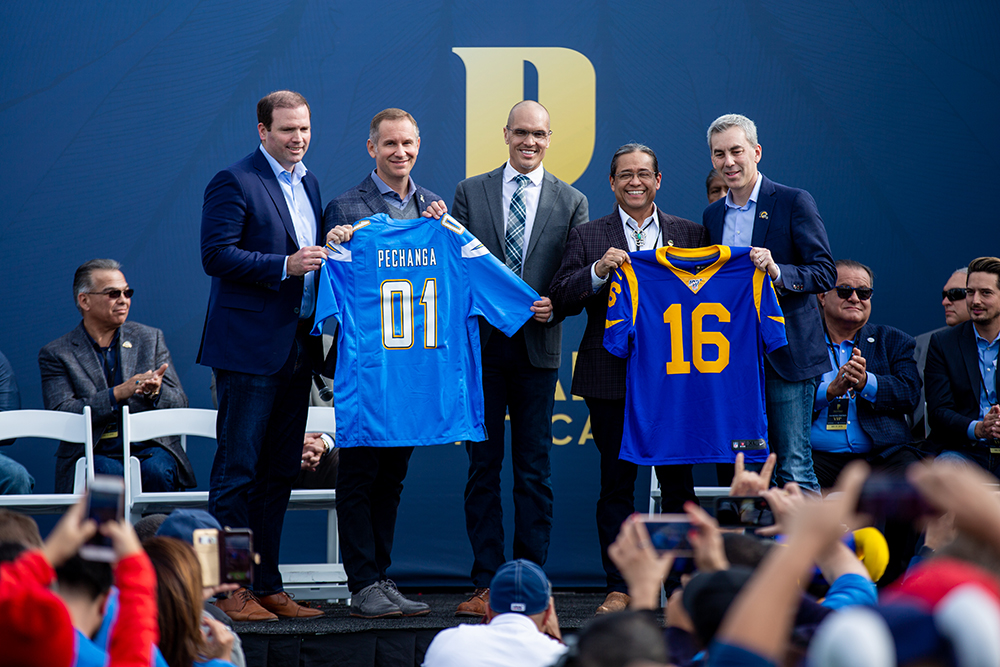 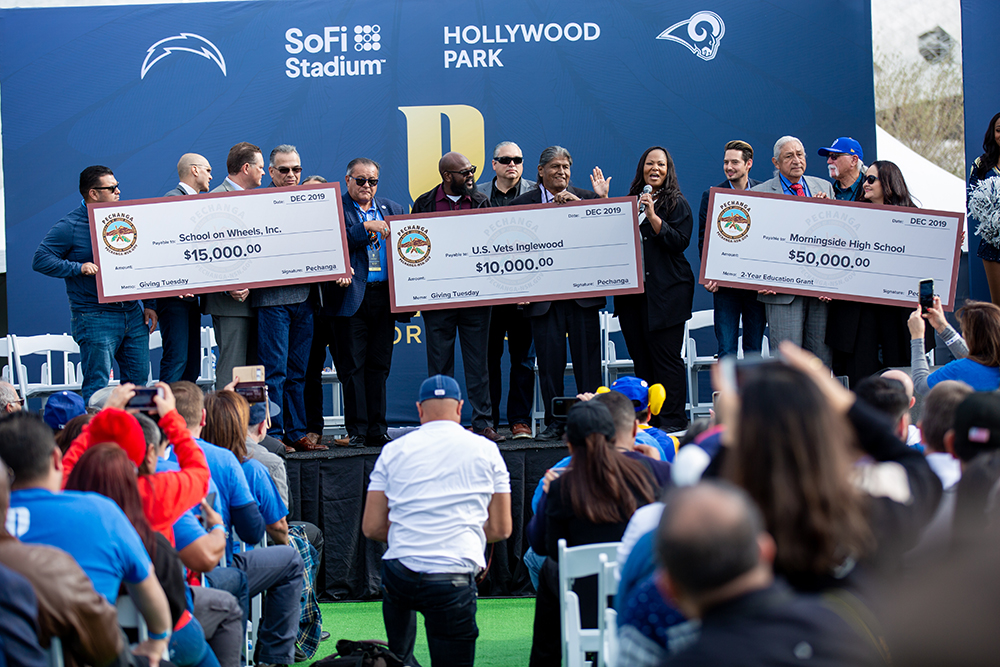 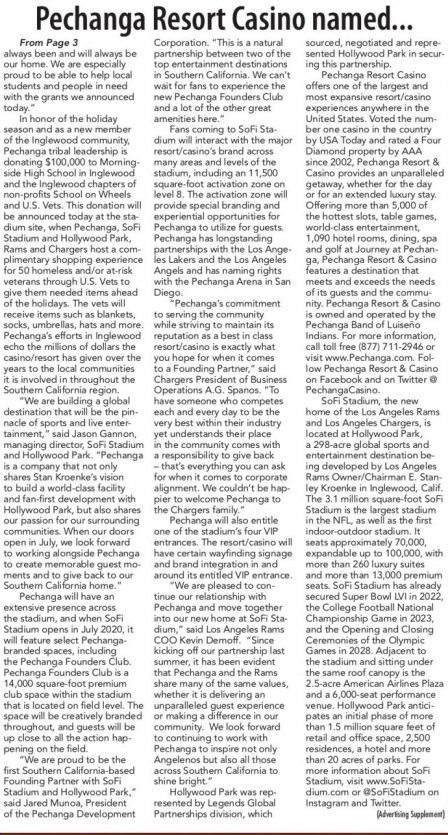 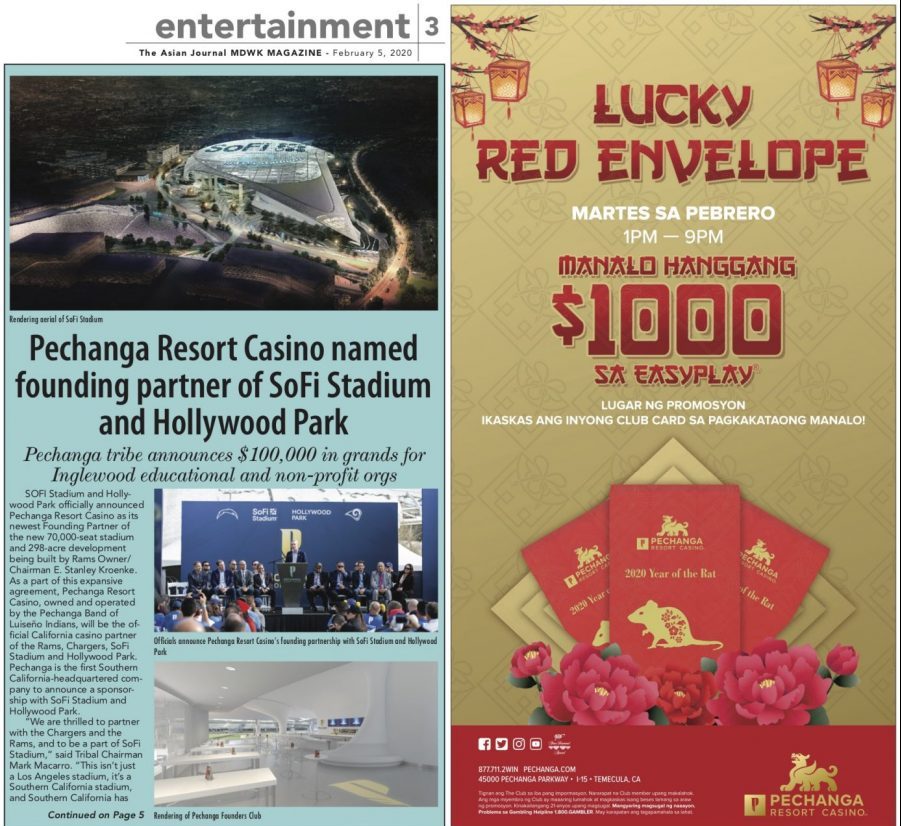 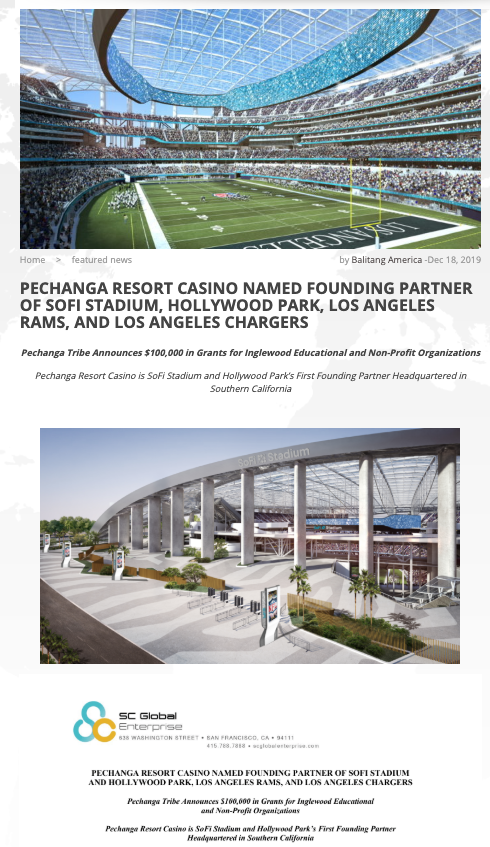